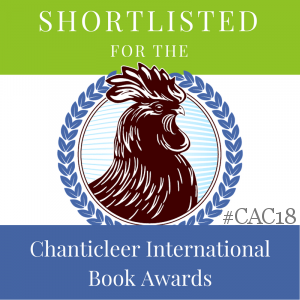 I’m thrilled to announce Daughter of Aithne has made the short list for Chanticleer’s 2017 OZMA Awards! A division of the Chanticleer Reviews International Book Awards, the OZMA Book Awards recognize emerging new talent and outstanding works of Fantasy, the Supernatural, Fantastical/ Legendary/Mythical Beings, Magical Systems, Steampunk, or other inventions of fiction. Judges are now in the final round of this contest, and the First-in-Category winner will be announced at Chanticleer’s annual Author Conference on April 21.

Until then, I will bask in the glory! I’m so happy to see my novel recognized in this very competitive venue. I would say this makes all the toil and pain worth it, but writing is worth the toil and pain with or without the prizes. Still, prizes – or at least, making the next-to-final cut for the prize – are a nice bonus!

In other news, I’m still hopping around the internet on my Goddess Fish Name Before the Masses Tour; which means you still have a chance to enter the giveaway for a B&N/Amazon gift certificate. Hurry up, though! The tour ends in a couple weeks. Here are some of the recent stops:

Advice for Aspiring Writers in an interview with Straight from the Library.

The Story Behind the Cover and Title at Readeropolis.

What I’ve learned from Eolyn at It’s Raining Books. (You might be surprised!)

For those of you who don’t yet have the scoop on my critically acclaimed and just-short-of-award-winning novel, here’s the full blurb:

DAUGHTER OF AITHNE (Book Three of The Silver Web)

Betrayed by her own prodigy, Eolyn stands accused of treason. As power-hungry nobles dismantle her life’s work and honor, the desperate queen forges a risky alliance with the ruthless and cunning Mage Corey. Determined to defend her son’s claim to the throne of the Mage King, Eolyn prepares for her last and greatest battle, this time against her own sisters in magic.

Across the Furma River, Taesara of Roenfyn is drawn out of seclusion and into an ever-more vicious game of intrigue and war. Subject to the schemes of a shrewd uncle and the mysterious ambitions of the wizards of Galia, Taesara struggles to assert her own destiny, even as she takes up arms to defend her daughter’s inheritance.

In the climactic finale to The Silver Web trilogy, threads of love, honor, betrayal, and vengeance culminate in a violent conflict between powerful women, opposed to each other yet destined to shatter a thousand-year cycle of war.

“Eolyn is a standout character….Fans of the trilogy won’t want to miss this hard-hitting finish.” –Publishers Weekly

“An enticing and elegant series finale filled with magic and turmoil.” –Kirkus Reviews.

Available in Kindle and paperback.

2 thoughts on “DAUGHTER OF AITHNE makes the cut!”